Abstract
Multi-ﬁdelity regression models bring substantial advantages to the aircraft preliminary design phase, when data from computer simulations and preliminary experimental tests are exploited to deﬁne the best feasible conﬁguration. In the multi-ﬁdelity approach to the modeling issue, pieces of information of diverse ﬁdelity and complexity are leveraged concurrently, to improve estimate accuracy and to reduce the burden associated to parametrization. In such setting, it is fundamental to establish the correct hierarchy in terms of data credibility w.r.t. the targeted application. Unfortunately, the complexity challenging aerospace design problems generally makes the direct estimation of data ﬁdelity difficult, if not intractable. Therefore, the ﬁdelity hierarchy is often established according to a hypotheses-driven process, hence leaving ground to modeling biases. We aim at developing an agnostic multi-ﬁdelity regression framework robust to possible modeling biases due to a corrupted Modeler’s prior belief concerning the alleged ﬁdelity of the available data sets. In particular, we focus on multi-ﬁdelity co-kriging methods, proposing an extended formulation capable of mitigating the drawbacks of an ill-chosen ﬁdelity hierarchy. 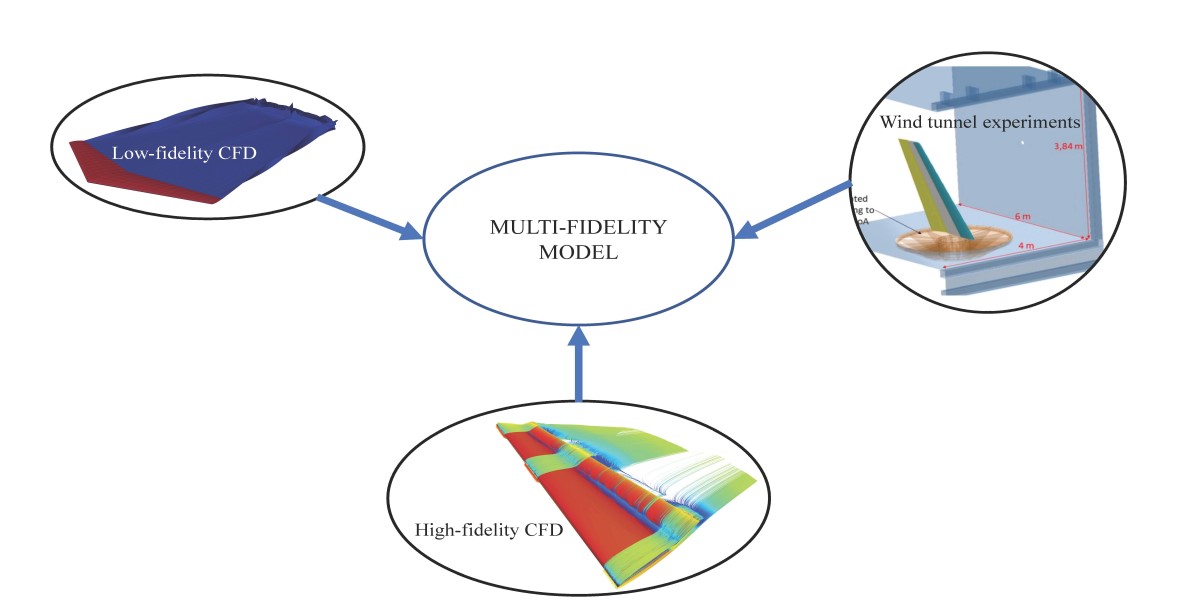